On a Friday in early November, NGOs including the Economic Policy Research Network Rwanda (EPRN) – FRIEDRICH EBERT STIFTUNG (FES) organized a meeting that lasts only 2 hours of time, bringing together Rwandan journalists, dealing with economic articles, called also in English “Friday Breakfast” or a Friday breakfast in the language of Molière.

The guest of the day is the economics expert, Johnson Rukundo, a university professor, whose theme for the day was “BREXIT” called in French, “The exit of Great Britain in the world”. “European Union” subject that concerns the world, the English in particular.

In his address, Prof. Rukundo said that, what is called the European Union are 28 European countries having the policy of the single currency, the opening of borders with a common passport and the same visa called Schengen.

He continued his presentation by saying that the scapegoat for this event that shakes England, are the elections organized by the former Prime Minister, Mr David Cameroon, the English people vote Brexit (Leave the European Union), but soon after, they discovered that they were wrong.

It is for this reason that putting it into action has become difficult, for Thereza May, Prime Minister who replaced David Cameroon after his failure, she also left this position by the inaction of not being able to leave his country in the EU, recently replaced by an influential prime minister, Mr Boris Johnson, is also under fire from critics, blaming him that these steps in this case will come to nothing, and that finally the English people can make a flip of reject the Brexit and return to the EU, by ballot again.

The disadvantages are already noted because of the fear of Brexit; more than 5,000 doctors and nurses combined, have just left the country, the English especially those who live in the capital city London, sold their homes and settled in Germany, France and elsewhere.

According to always the prof. Rukundo, England cumulates 3.5% of world trade, once leaving the EU, these borders will be closed, and this trade will drop considerably.

African countries such as Zambia and Malawi, and others that had trade relations with that country are also victims because they will suffer the consequences of over-taxing their products imported or exported to London. Rwanda in particular benefited from London aid via DFID, which could turn out badly if Brexit is consumed. 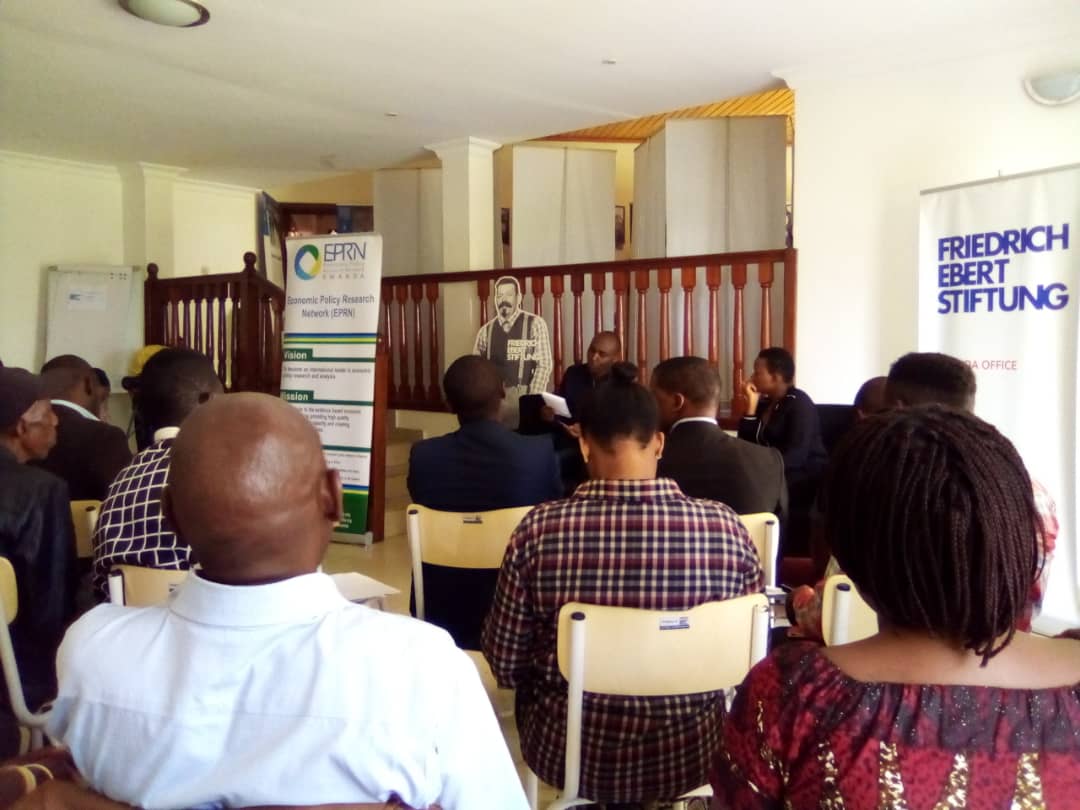 One thought on “EPRN-FES: A Friday of the economic debate led by Dr Rukundo Johnson”